Supergods: What Masked Vigilantes, Miraculous Mutants, and a Sun God from Smallville Can Teach Us About Being Human by Grant Morrison – A review 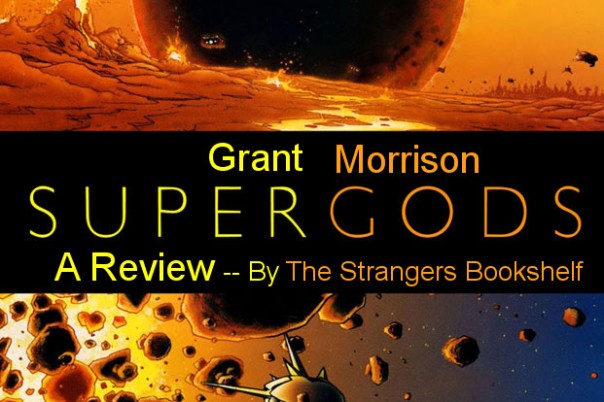 I have been reading comics for over 30 years now and hold a great love for the superhero genre. My love of superheroes extends beyond just reading and collecting comics. I am always looking for other mediums to seek out great superhero stories. Mediums  like novels and short stories, Table top Roleplaying games, as well as movies, video games and collectibles. In doing so I have come across some fascinating and insightful non-fiction that has come from scholars, fans, industry personnel, and of course the artists and writers themselves. 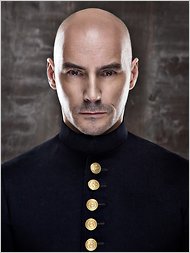 Grant Morrison is no stranger to comic book fans, He is one of the top writers of comic book superhero fiction that came along with the rest of the British invasion in the 80’s that kicked off a new style of storytelling. Born in Glascow in 1960, Morrison grew up surrounding himself with comics and always wanting to become a writer of the medium, which is a which was fulfilled by hard work and dedication to the craft. Some of his most acclaimed work  started in the late 80’s with the graphic novel  Arkham Asylum: A Serious House on Serious Earth which was a fantastic nightmare story set in the batman universe. This lead to a amazing run on Animal Man and Doom Patrol. In the 90’s and seeking creative control of his own characters he created his own amazing superhero series The Invisibles for Vertigo comics. In the 2000’s Grant did a amazing run on one of Marvel comics premier titles The X-men before returning back into the DC fold to take over some of their biggest titles such as JLA, Batman and Robin, and Superman. He continues to write and create great stories to this day. 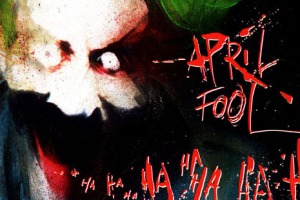 His long and exciting career in comics has left him with a lot of insights into the superhero genre. Wanting to share his knowledge on the history and what he has learned by writing superhero fiction, Grant Morrison penned Supergods. Part autobiography, part comic book history and part insight into industry trends, Grant Morrison has weaved an astounding amount of research into one book.  Here is the blurb on the back cover of what the book is about (Superman, Batman, Wonder Woman, Iron Man, and the X-Men—the list of names as familiar as our own. They are on our movie and television screens, in our videogames and in our dreams. But what are they trying to tell us? For Grant Morrison, one of the most acclaimed writers in the world of comics, these heroes are powerful archetypes who reflect and predict the course of human existence: Through them we tell the story of ourselves. In this exhilarating work of a lifetime, Morrison draws on art, archetypes, and his own astonishing journeys through this shadow universe to provide the first true history of our great modern myth: the superhero.) 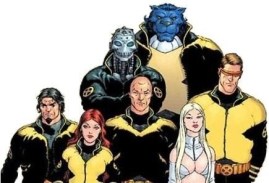 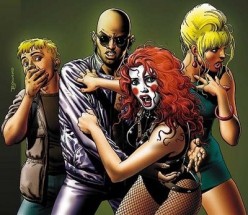 I found Supergods a great read for the superhero fanatic like myself. When I finished reading Supergods I actually had post partum book depression. I had ordered my copy through the public library and was forced to take it back because there was holds on it. I had finished Supergods but with such a extensive amount of information being thrown at you there was just so much information to process. I had to go out and buy my own copy to re read a lot of the information that Grant litters throughout this amazing literary contribution to superheroes.  And there is no company bias what so ever, Grant gives equal time to both Marvel and DC as well as some of the independent comics like Image. Learning about some of the history and ins and out of DC comics, was especially interesting because no one has yet written the definitive history of DC, like Sean Howe did for Marvel comics in his book Marvel: the Untold Story (review forthcoming). Grant Morrison also gives you a extensive reading list at the back with both nonfiction and comic book reads that takes you through the different ages of comic book history. Writing this book Grant Morrison gives you the feeling that he loves superheroes as much as his fan base does and this love flows through out the pages and even though there is a bit of self promotion through out Supergods, Morrison’s work alone is a testament to excellent story telling and his own contributions to history of comics and should not be taken lightly by any account.

As this is the start of Superhero month, I recommend that this book be apart of your reading list. So if you can, run on down to your local bookstore or library and grab yourself a copy of Grant Morrison’s Supergods: What Masked Vigilantes, Miraculous Mutants, and a Sun God from Smallville Can Teach Us About Being Human. And while you are at it check out some of Grant Morrison’s great contributions to superhero comics as listed below.

Arkham Asylum: A Serious House on Serious Earth by Grant Morrison and illustrated by Dave McKean. 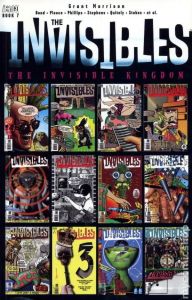 I am the Exuberant Enigma Eric from The Stranger’s Bookshelf wishing you the best in your fight against villainy. 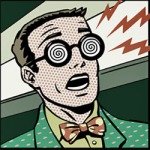 Coming in March its Superhero Month

Welcome True Believers and newcomers alike. The Strangers Bookshelf co-creator the Exuberant Enigma Eric here, Inviting you to join us here at The Strangers Bookshelf for Superhero Month coming March first. Where we find our heroes up to their eyeballs in non-stop four coloured fandom. With the major announcements that were made this past month from both DC (Convergence) and Marvel (Secret Wars)comics and the upcoming summer blockbusters the Avengers Age of Ultron (which is set to kick things off May 1) and Ant Man as well as the controversial re-imaging of the Fantastic Four. Let’s not forget the upcoming Netflix series Daredevil, Alias (Jessica Jones) and Heroes for Hire (Luke Cage) as well as the currently running great shows on prime time like, Arrow,Gotham, Flash, Peggy Carter and Agents of S.H.I.E.L.D . It has never been a better time to be a fan of superheroes.

We here at The Strangers Bookshelf decided we better get into the knock down and drag out Kirbyesque fray, with a few reviews on Superhero Fiction and non fiction literary works of our own. As well we will be testing our hand at fate and getting pummelled playing a few of the more popular superhero table top roleplaying games for your behalf. And of course what would true fandom be with out a few lists and recommendations of our own. 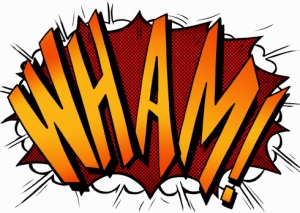 So don your capes this March and swoop into The Strangers Bookshelf for a lot of superhero goodness and while your at it come and check out our new Facebook page https://www.facebook.com/thestrangersbookshelf where we will have polls, trivia, artwork and a place where you can comment on you love for the Übermensch all ran by our very own femme fatale,The Strangers Bookshelf co-creator Karen the Kosmic Krusader. It doesn’t mater if you love DC, Marvel or any one of the smaller indie comic book imprints we are all inclusive here; So get ready for a true superhero action thriller, packed to the brim with thrills and chills, twists and turns, more super-villains than you can shake a stick at, and of course, non-stop super-powered, world shattering action. 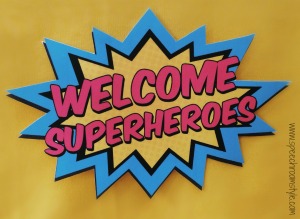